These Girls can Shoot!

A Day Full of Fun

Come on Down to the Ranch

WHERE PHEASANTS AND FRIENDSHIPS TAKE FLIGHT 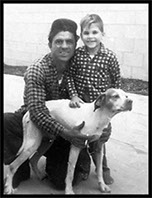 Pheasant hunting is what brought my Dad to Idaho in the early 1960s.  As a boy, I remember endless stories about incredible wild pheasant hunting in Idaho and details of the natural occurring bountiful and thick habitat producing beautiful robust pheasant.  When I created Lazy Bear Ranch Shooting Preserve, my goal was to find acreage on which to relive his stories, from the specific habitat and working bird dogs all the way to making every client feel like it was opening day of pheasant hunting in 1965. I found all of this in Weiser, Idaho.

As an All-American football player at UCLA, I was a Bruin. Later I earned my Super Bowl ring as a Chicago Bear, and now simply enjoy the outdoors! It is only fitting that I named my executive pheasant hunting preserve “The Lazy Bear Ranch”, where the 5800 square foot Lazy Bear Lodge has been called the “ultimate Man Cave” by the Idaho Statesman.

I am proud to not only offer a magnificent day hunting but also an exceptional retreat where you can relax by the waterfall, catch up on sports in front of the TV, play air hockey and ping pong, or simply walk down to the pond to reflect as the sun sets.

The Lazy Bear Ranch is 190 acres of managed pheasant habitat designed to mimic a wild pheasant hunting experience.  We are located five miles east of Weiser, Idaho on the Weiser River. If you enjoy expertly trained bird dogs working, find the rush and thrill in a big hard flying pheasant busting at your feet all while living like a king…then the Lazy Bear Ranch is the destination for you.  We pride ourselves on YOU having all the fun… (and doing none of the work)!

No, I’m not a good shot…  but I shoot often.
— TEDDY ROOSEVELT

For more on the Ranch’s lodge and amenities…

To join us for an incredible pheasant hunt…

There is no limit to the things you COULD do at the Lazy Bear Ranch.
What do YOU want to do?
Contact Us and we'll see if we can arrange it!